ICCP is excited to announce the hiring of Mr. Tim Soszko as the Drama Club Moderator and Director of our Fall Musical and Spring Play for the 2022-2023 academic year.

Tim Soszko was born and raised in Elmhurst. He now works with Elmhurst Children’s Theater, the Elmhurst Center for the Performing Arts, and is very excited to work with IC Prep as the director of the drama club and some upcoming ICCP theatrical productions. Tim has made a living performing, teaching, writing, directing, and producing for over 15 years all over the US, Canada, and Europe.  He teaches classes at The Actors Training Center, The Laughing Academy, The Revival, Booth, and Quinlan to name just a few places.  Tim performs with a musical improv group called The Deltones.  For fun, he works as an emcee, an auctioneer, and a wood worker.  He also wrote and starred in a TV Pilot for his own sketch comedy show, The Tim&Micah Project.

We are very excited to have Tim join us at IC Catholic Prep! 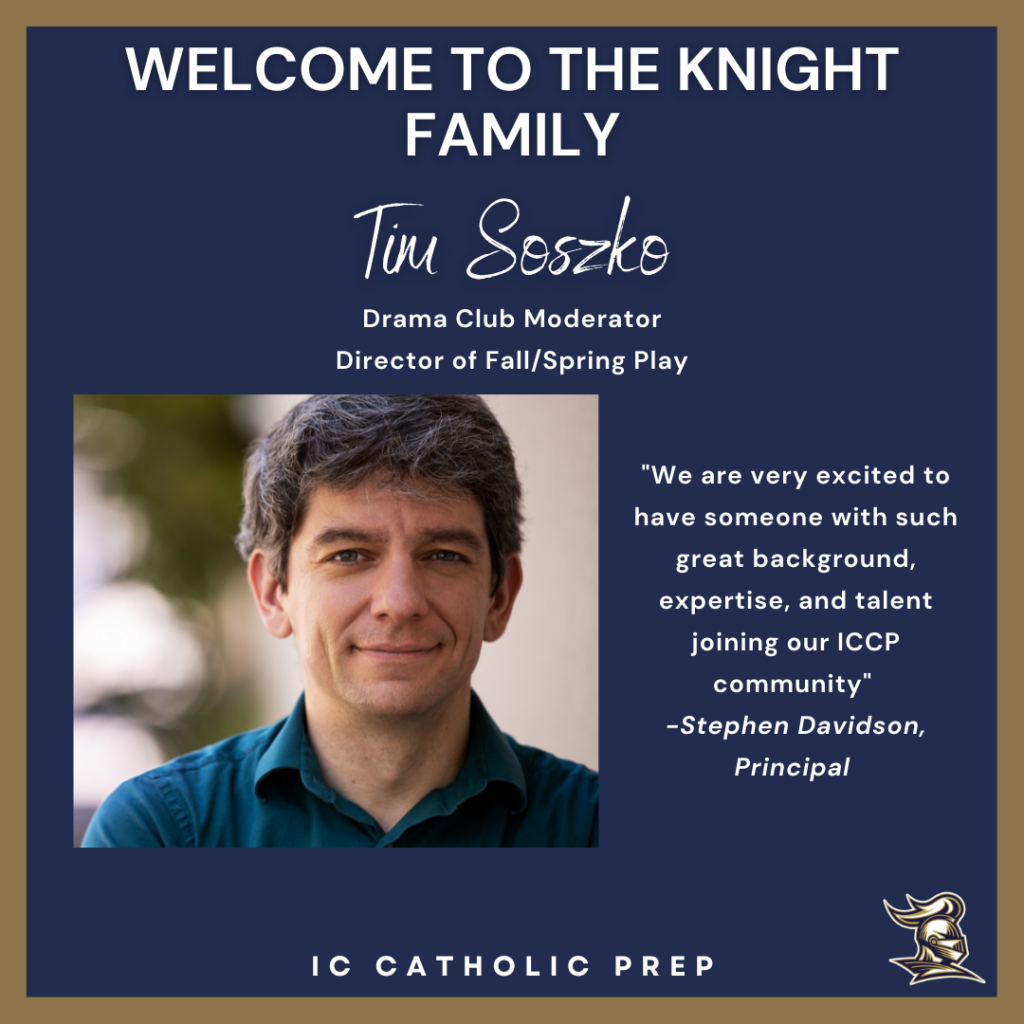