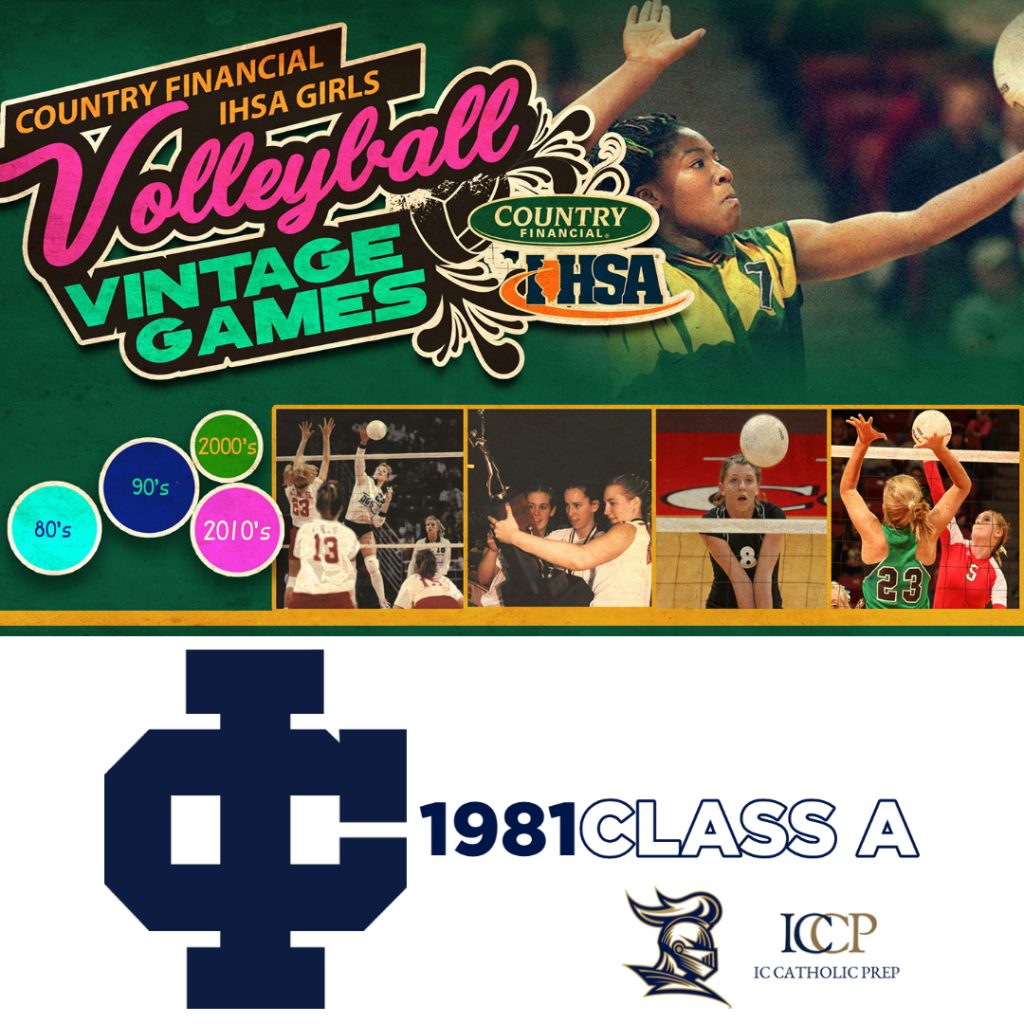 The Illinois High School Association (IHSA) and COUNTRY Financial are teaming up to recognize the rich tradition of high school girls volleyball in Illinois, as they proudly introduce the IHSA Girls Volleyball Vintage Games series presented by COUNTRY Financial.

Through interactive fan polling, the COUNTRY Financial Vintage Games series will look to recognize the best state championship matches in IHSA history from four different decades, including the 1980’s, 1990’s, 2000’s and 2010’s.

Fans will have the chance to vote on their favorite title game from each era via online and social media polling from October 1-4.

The winning games will be aired as a part of a special rebroadcast, including new retrospective interviews and content, on the NFHS Network, with two games airing on Friday, November 13 and two more on Saturday, November 14.

The title games that made the cut from each era are listed below. To vote, visit this page on Thursday, October 1, and then vote across IHSA social media on Twitter, Facebook, & Instagram.