Rachel is one of eleven recipients of the Monsignor Plunkett Distinguished Scholar Award – Class of 2020. This honor is the highest academic award given to ICCP senior students to honor their outstanding achievements and their commitment to academic excellence. 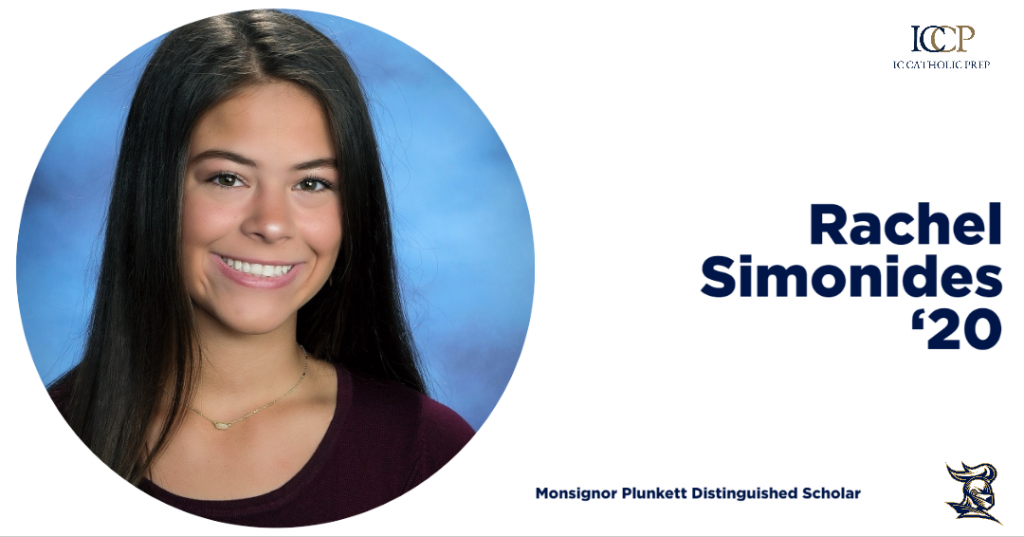 She received the National Scholars Awards at the University of Iowa. She plans to study Nursing. After finishing her degree, Rachel intends to work at a hospital in Chicago and then spend time working with Doctors without Borders to broaden her personal and professional horizons.

She frequently participated in extracurricular activities, including leadership roles as the captain of the tennis team, the captain of her Relay for Life team, and secretary of the National Honor Society. Rachel was active on the soccer and math teams, and even found time to caddie at the Oak Park Country Club. As a 2020 Illinois State Scholar, Rachel received the AP Scholar with Honor, the IHSA Scholastic Achievement Award, and earned awards for her performance on the National Spanish Exam.

She describes her most memorable experience at IC Catholic Prep when she won conference her junior year in tennis. “It was my first year ever playing tennis and it was personally rewarding to win conference, but more importantly it was a great way to cap off the season of hard work and practice. I will forever be appreciative of my coaches, family, teammates and school for all the support shown to me during the entire season and over the past four years.”