Jack is one of eleven recipients of the Monsignor Plunkett Distinguished Scholar Award – Class of 2020. This honor is the highest academic award given to ICCP senior students to honor their outstanding achievements and their commitment to academic excellence. 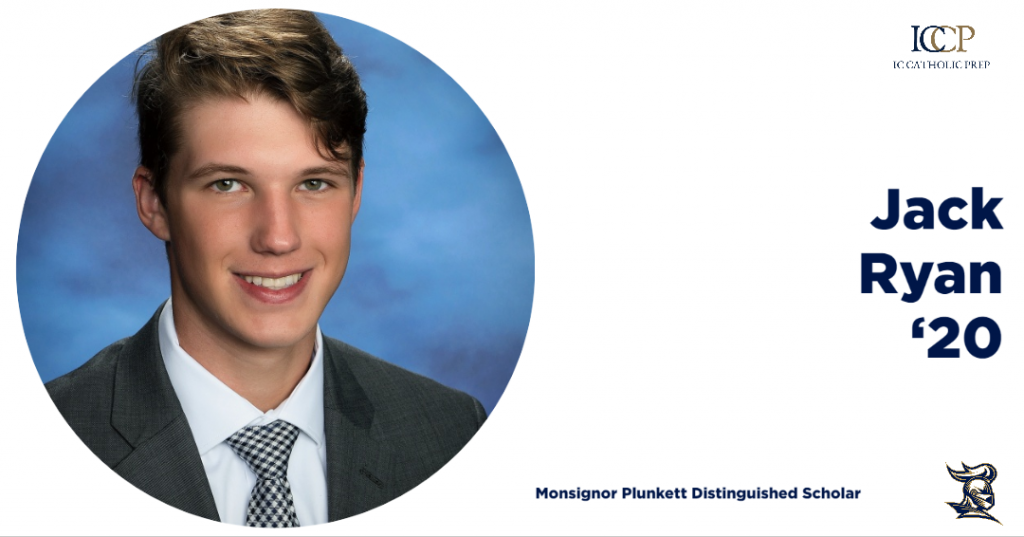 During his four years at IC Catholic Prep, Jack enjoyed numerous extracurricular activities, including leadership roles as the chapter president of the National Honor Society and an officer of the math team. He was active on the football and baseball teams, the Business Professionals of America, and the Worldwide Youth in Science and Engineering Team and Academic Challenge. Jack is a 2020 Illinois State Scholar and a Fermi Lab Award recipient for excellence in math and sciences.

He came to IC Catholic Prep from Visitation Catholic School.

Jack describes his fondest memory during his junior year when “we won the state football championship. The crowd was electric and we played a very tough game and when the final whistle blew, I felt so excited and happy knowing that because of all the hard work we put in during practice and throughout the season had finally paid off with a state championship.”