Kevin is one of eleven recipients of the Monsignor Plunkett Distinguished Scholar Award – Class of 2020. This honor is the highest academic award given to ICCP senior students for their outstanding achievements and their commitment to academic excellence. 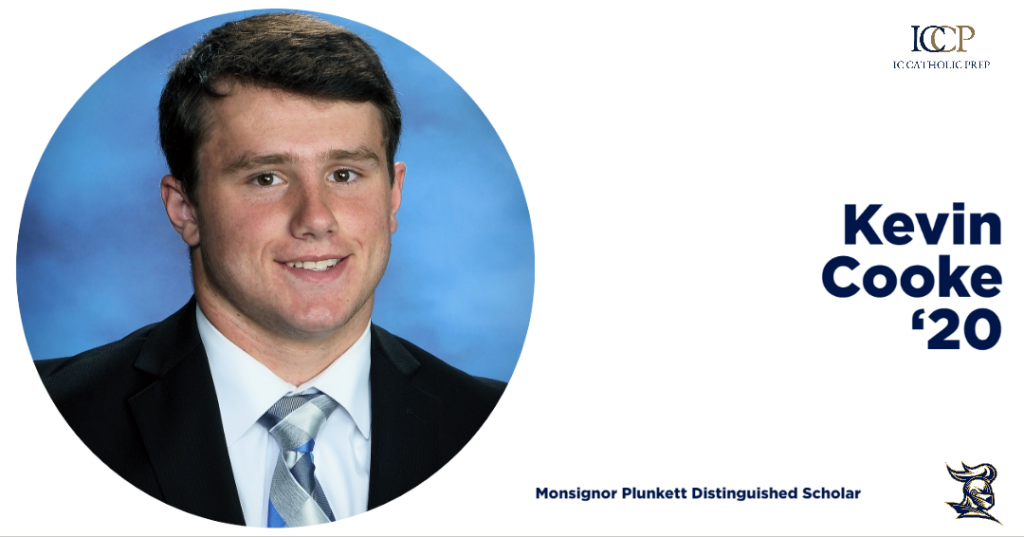 Kevin plans to study Business at Carnegie Mellon University. He aspires to become a successful entrepreneur with the ultimate hope of giving back to his community through philanthropic efforts.

He received acceptance to the University of St. Thomas in Minnesota, and Johns Hopkins University as well as scholarships and other financial assistance.

Kevin enjoyed numerous extracurricular activities, including leadership roles as the Captain of the Football team and Head Rector of Kairos. He was active on the Baseball team, the National Honor Society and the Math Team. He is a 2020 Illinois State Scholar and earned state, county, conference, and area awards for his performance on the football field.

During his junior year, Kevin came back to varsity football after recovering from an ACL injury. He describes defeating rival school Bishop McNamara in a hard-fought battle for the team’s third straight state championship as one of his fondest memories during his high school experience at IC Catholic Prep.