Matthew is one of eleven recipients of the Monsignor Plunkett Distinguished Scholar Award – Class of 2020. This honor is the highest academic award given to ICCP senior students for their outstanding achievements and their commitment to academic excellence. 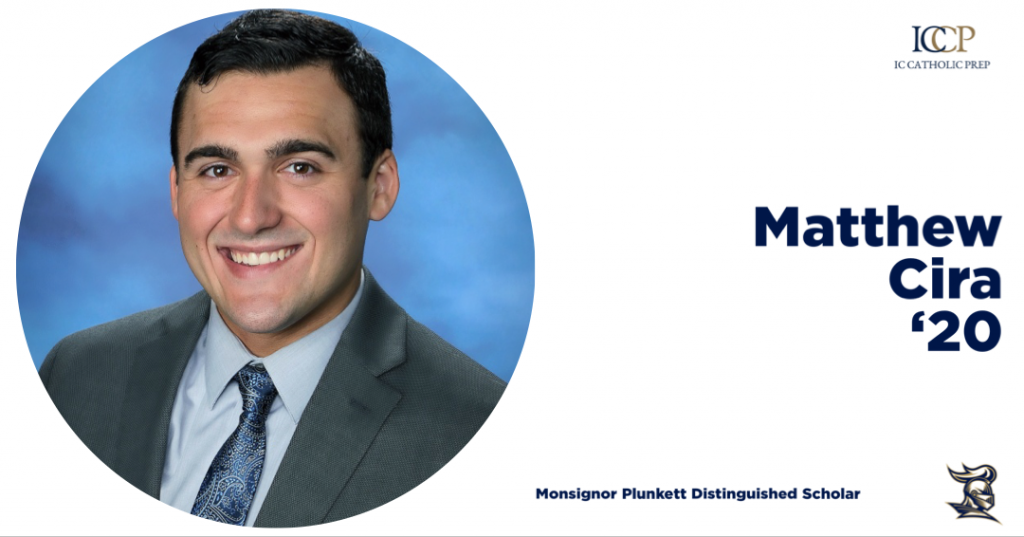 Matthew has been awarded the Mark Twain Scholarship at the University of Missouri where he plans to study Biomedical Engineering. He has his sights set on graduate school to either pursue a Master in Business Administration or Engineering. Additionally, Matthew would like to eventually use his experience to teach.

He received acceptances to the University of Dayton, Miami University in Oxford, Ohio; Marquette University, and Loyola University, Chicago as well as scholarships and other financial assistance.

He came to IC Catholic Prep from Visitation Catholic School.

Matthew describes winning the Football State Championship during his junior year as one memory that stands out among many during his high school experience. “It was easily one of the biggest thrills to win a third straight football championship and such a vivid experience to live and share with my friends and family.”