On this Wednesday of Catholic Schools Week, the Very Rev. Thomas Paul (Fr. Tom), Pastor of Immaculate Conception Parish, presided over the Distinguished Alumni Mass and Recognition. The recipients of this year’s award are Jack Keimel ’69 and Tom Manion ’72.

Friends and family gathered at the IC Church to honor Jack and Tom for their personal and professional achievements. In his remarks, Fr. Tom invoked the spirit of Immaculate Conception (IC) and its lasting effects on the lives of young men and women from pre-school through graduation from high school. “Spiritual edification is just as paramount to developing the whole person as academic and athletic preparation,” he noted. “We are fortunate here at IC Catholic Prep that we are strong in all three categories of preparing our students for success in school and in life.” 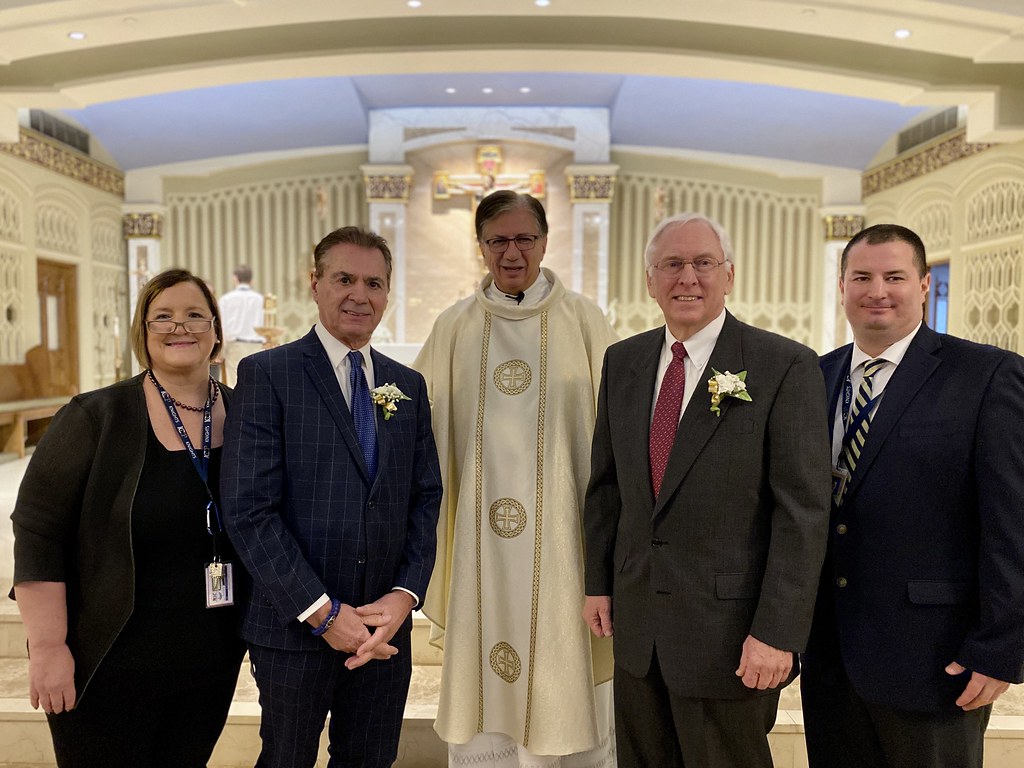 Fr. Tom drove home his message of spiritual, academic and athletic preparation by inviting Jack and Tom to share a few words about the effect IC Catholic Prep (aka Immaculate Conception High School or IC).

Addressing the students, Jack talked about the emotional and spiritual bonds and friendships that are formed in high school, but more specifically at IC Catholic Prep, will be with you for a lifetime. “Monsignor Plunkett always referred to developing the ‘Whole Man’, not just the athlete, or the student, but the spirit that is associated with faith-based learning and instruction.”

Tom agreed with Jack and added that “the structure, discipline and culture of learning and love at IC helped him form lifelong friends.”

After the Mass concluded, Jack and Tom were invited to speak to the congregation. They continued to extol the virtues of having attended IC Catholic Prep and how they graduated with the skill set to be successful in college and in life.

Tom and Jack are two of the League of Knights, an 8,000+ strong alumni group that leads lives of excellence built on the solid foundation of a dynamic Catholic learning environment—like IC Catholic Prep in Elmhurst, Illinois.