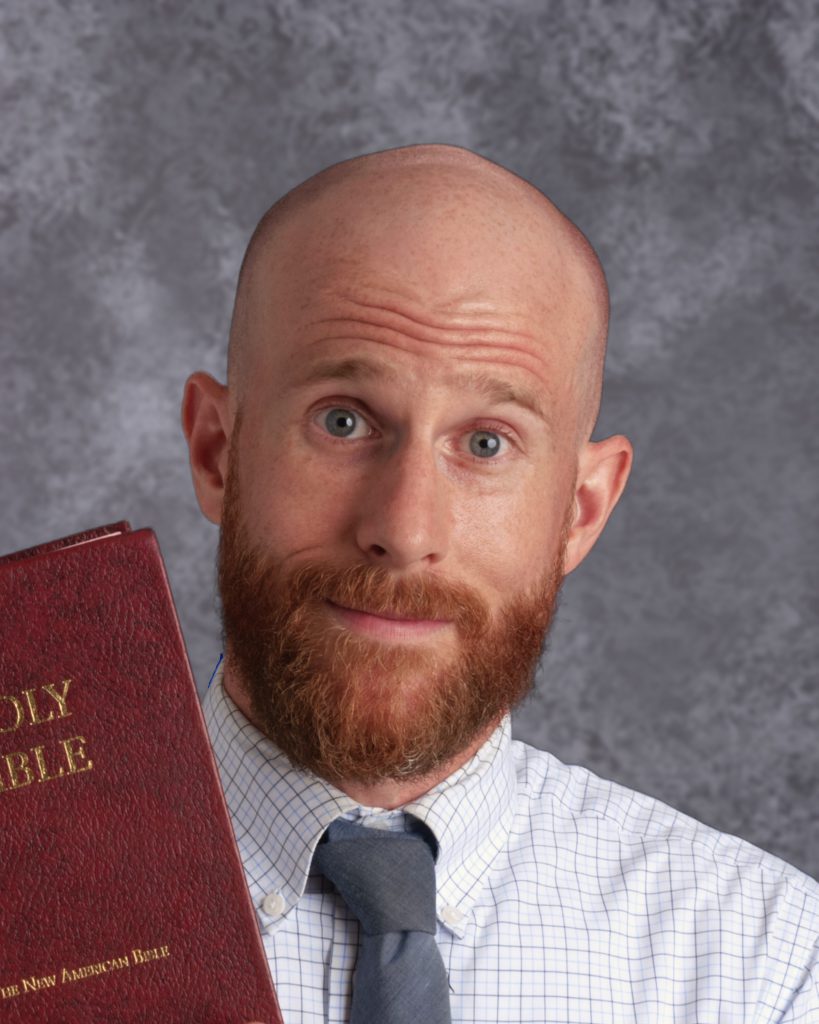 We may know him as Mr. Moore, the theology teacher, but he is much more than that. Unlike others, teaching was not his first choice in life. After high school, he first thought about discernment, which is thinking about the priesthood. Then he reflected on his life and made a decision to move on since he had a different calling in his life. As he transitioned, he then went to a detention center in the Medical District of Chicago near the west side, and talked as a counselor to people who were in jail. He had different views on the system then some others may have thought. For example, he said “The system was not fair and did not give everyone an equal opportunity”. It really frustrated him with how bad it was. He could not take it anymore and he left that job. He then found his passion teaching and has been teaching seniors ever since. Mr. Moore helps seniors not only transition from adolescence to young adulthood but also helps them understand the difference between the two. When asked how his teaching career has affected his life, Mr. Moore said, “Becoming a theology teacher has had a significant impact on my life, definitely for the better.” Mr. Moore also stated how he would not be where he is today if not for his family and friends. He believes this is the right calling for him and he does everything for his students to better themselves.

Outside of the classroom, Mr. Moore is very active beyond the IC Catholic Prep community. Throughout his high school and college days he was an active person. During high school, he participated in: soccer, basketball, volleyball, newspaper, yearbook, and several service organizations. As he graduated and moved onto college, he mentioned how it was a lot harder to get active. However, he still got involved through basketball and served on a teen court as he moderated it. He is now very proud to be a father and a husband.

All in all, his goal is not just to be a teacher for students of ICCP but to impact all students’  lives in positive ways that they may have not known before. He wants to have the students see things through new perspectives with insight that we can always fall back on and rely on. When asked why he teaches seniors, he responded, “Seniors are more mature and you can have a conversation with them like an adult to adult more than just seeing them”. At the end of the day, Mr. Moore is a teacher which has bettered himself in order to make an impact on those around him.

Read the full October 2019 edition of the Knight Times.